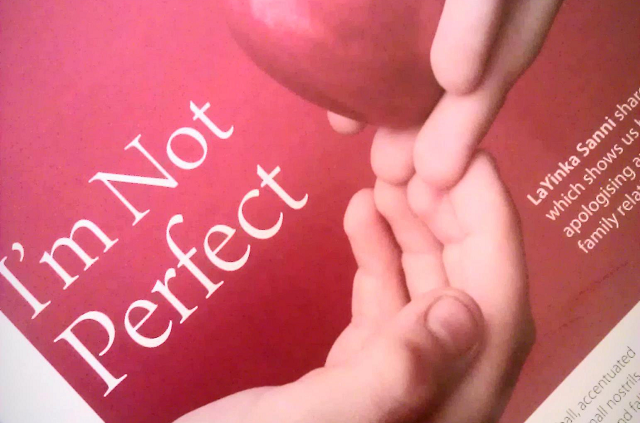 His lips scrunched into a tight ball, accentuated with lines around its rim. His small nostrils flared in time with the rapid rise and fall of his thinly covered chest – the very chest that had had difficulty inhaling enough air on several occasions in the delicate stages of his eight years of life. His eyebrows huddled together as they curled inwards and downwards, as though they were on a mission to reach down to the tip of his nose. And his eyes – his big, dark brown eyes – were those that, at that very moment, I did not want to read as I knew they would only just confirm what his face was already screaming at me: he was angry.

It was supposed to be good news – news that I thought would cause his heart to skip; make him smile the widest smile, and make his eyes sparkle a million stars. It didn’t. There, sat before me was anger personified, being held within what I imagined to be an inferno raging inside him, and I was the cause of it.

I shuffled closer to him and stroked his thick curly hair. I told him that I didn’t mean to hurt him, and that if he didn’t want to live with me it would be okay. After being away from him for a year, knowing that the strength of our bond had been severed when I left the country, it was a topic I really should have trod upon carefully. Yet it was the prospect of upgrading from ‘part-time mum’ status that had caused me to tell him the news in haste.

How could I tell my first-born that I didn’t abandon him; that my love for him extended a thousand hugs around the earth’s diameter in length; and that I really was sorry for not being there for him and ultimately not being a good mum? I couldn’t do it in any other way than this: I knelt in front of him, looked into the eyes that were averting mine, gently unfolded the knot of arms that he had thrown across his chest, and said, “Darling, I’m so sorry.”

Never have I shied away from apologising to my children when I’ve wronged them – when I’ve been a little too harsh, or wrong about a conclusion, or have acted in haste towards them. My philosophy stems from the fact that I accept that I’m as fallible as any other person; I slip, make mistakes and I carry a bag full of flaws around with me. I’m human and don’t claim perfection, and I want my children to accept that, just as I have. As precious as the words ‘I love you’ are, so too are the words ‘I’m sorry’ — words that would’ve sufficed in lifting the heavy load of sadness from me when I’d felt injustice had been dealt by either one of my parents in my younger years. Such a simple phrase of apology that is easy on the tongue, yet was seldom shared.

Thus, sitting before my eight year old son and holding his hands, I wanted that weight of grief he’d been carrying around to be lifted. “Darling, I’m so sorry” slipped softly from my lips, and the sight of a fat tear escaping his angry eyes reassured me that we were on the path of healing, and that in one way or the other, everything would be alright.

Published in the March issue of SISTERS.